The Indian banking sector is in deep crisis due to the rise in the non-performing assets, which is due to the lending spree banks indulged after 2000. The corporates, who received large loans to open companies in the sectors where they had no expertise, are also at the root of the problem.

When the NPA crisis and a series of frauds directly hit the banks, they introduced charges on various services to present their accounts in a favourable manner. As per the government's reply to the Parliament, that between July 2015-September 2018, the Public and Private Sector Banks collected Rs 12,388.56 crores just on the non-maintenance of minimum balances. This data is incomplete as the banks charge customers services like transactions from ATM and bank branches; issuance and the annual charges of the debit and credit cards; SMS alerts; issuance of chequebook; change in address; mobile number and KYC; online transaction charges among many other services. Most of these charges directly hit the poor most.

The current exhibition, which is crowd-sourced from across India, is an attempt to document and directly hear from the people, who have been robbed of their hard-earned money by the banks for no fault of theirs. In these photos, the victims of this policy, tell how they were affected.

Financial Accountability Network India, a collective of civil society organisations, unions, people's movements and concerned citizens to raise the issues of accountability and transparency of the national financial institutions, has started a campaign against these charges, which affect poor the most and are exclusionary in nature.

For more information on these charges and to be a part of the campaign against the bank charges, please visit: https://www.fanindia.net/

High-resolution photos with captions in English, Hindi, Bangla and Telugu are available to download here. 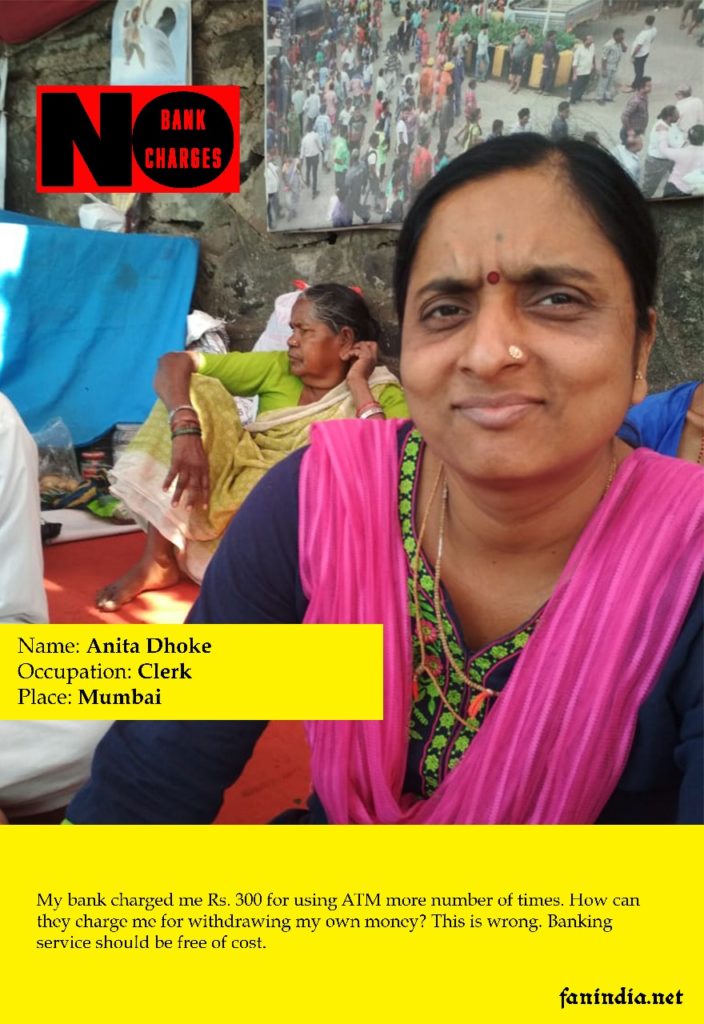 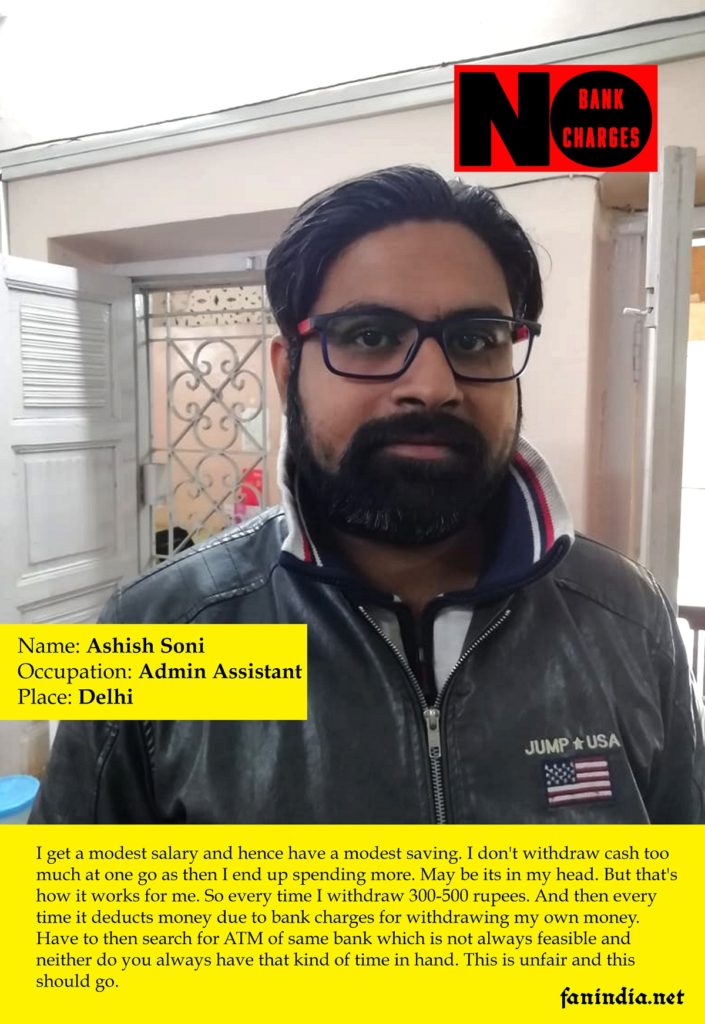 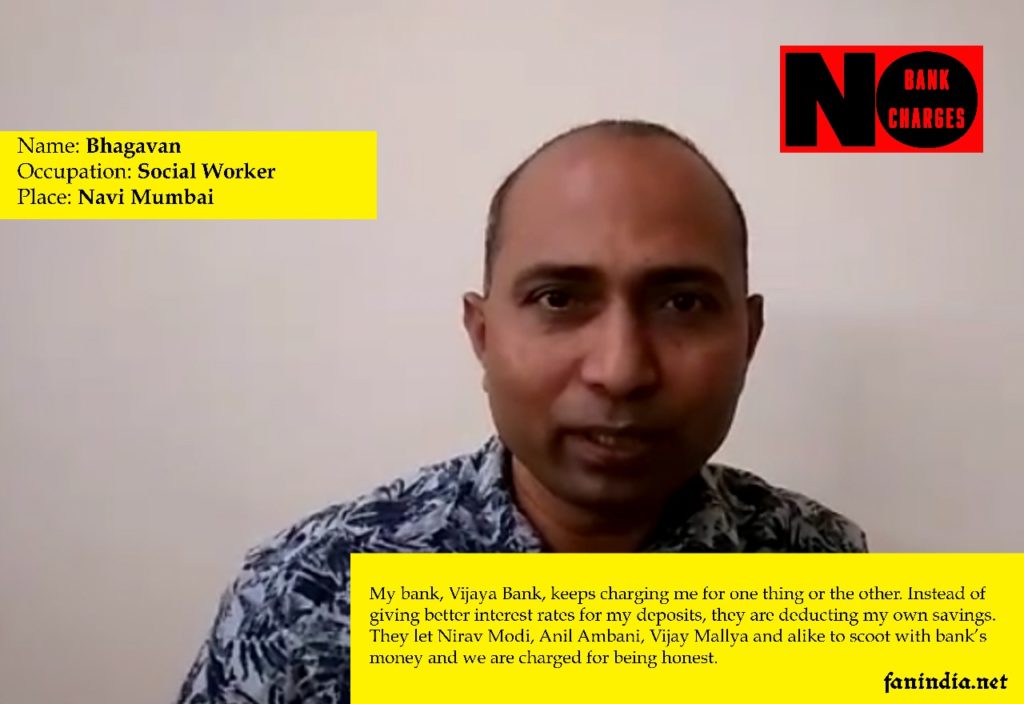 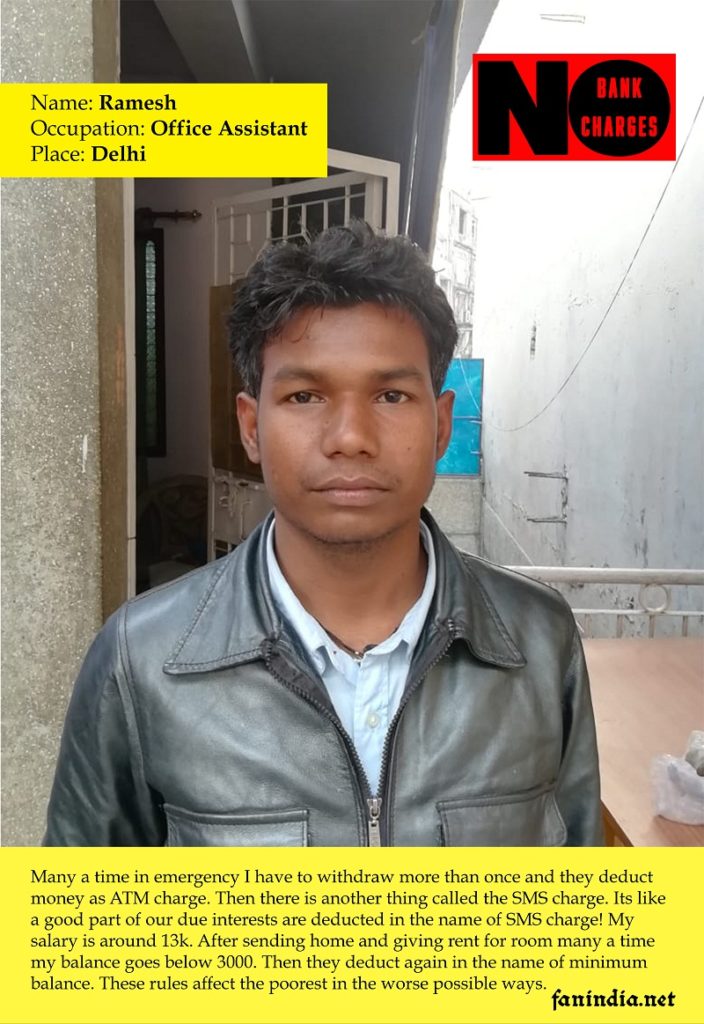 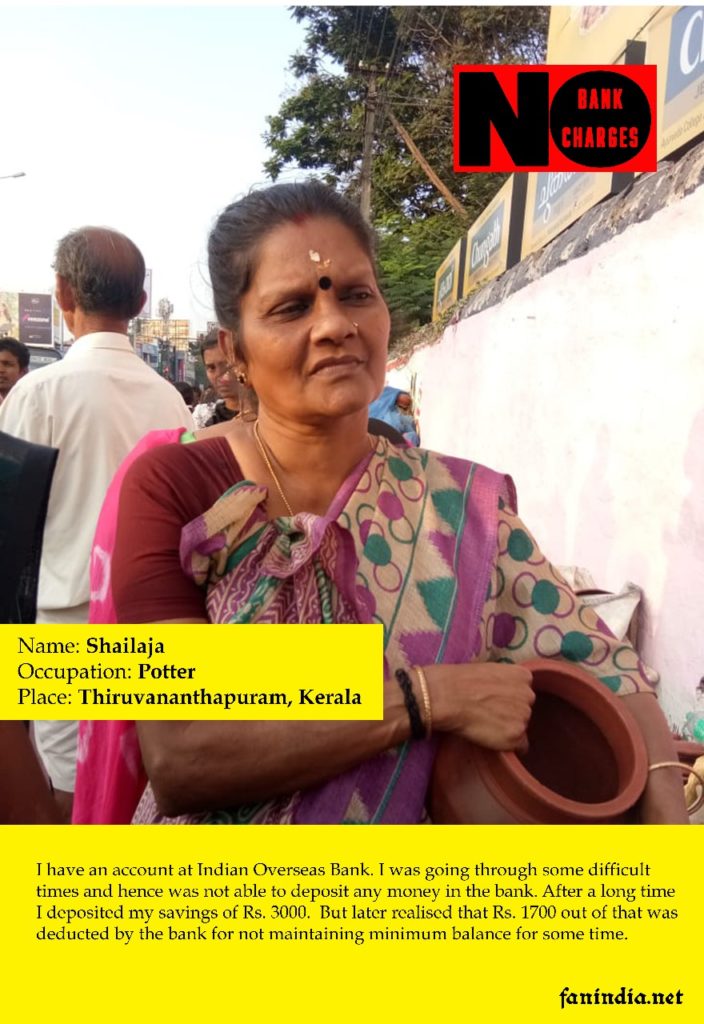 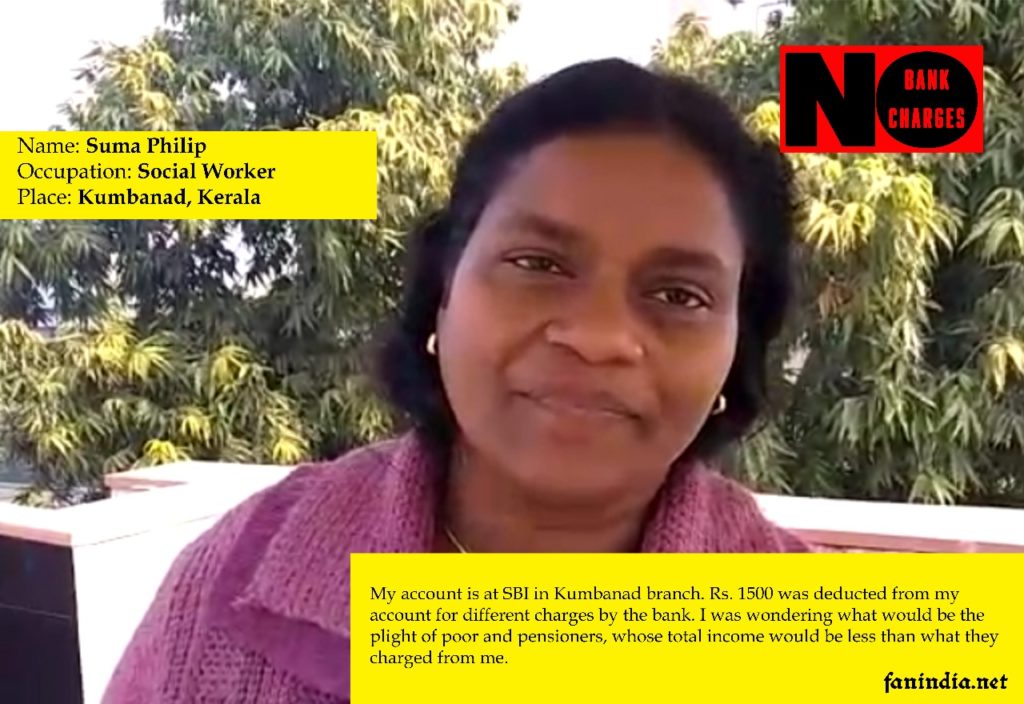 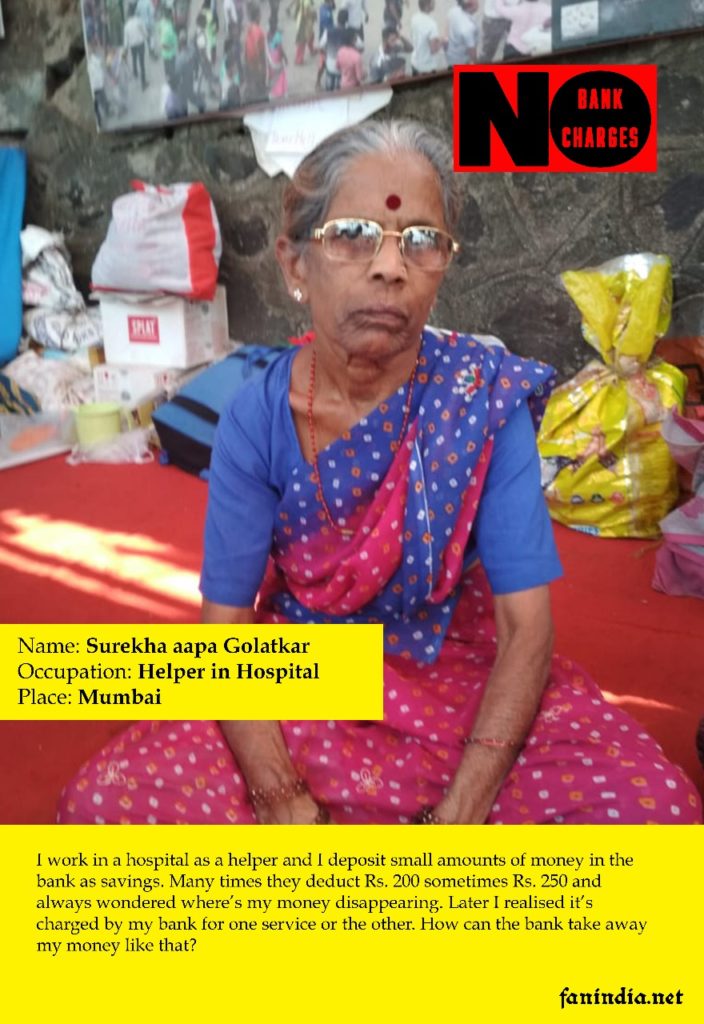 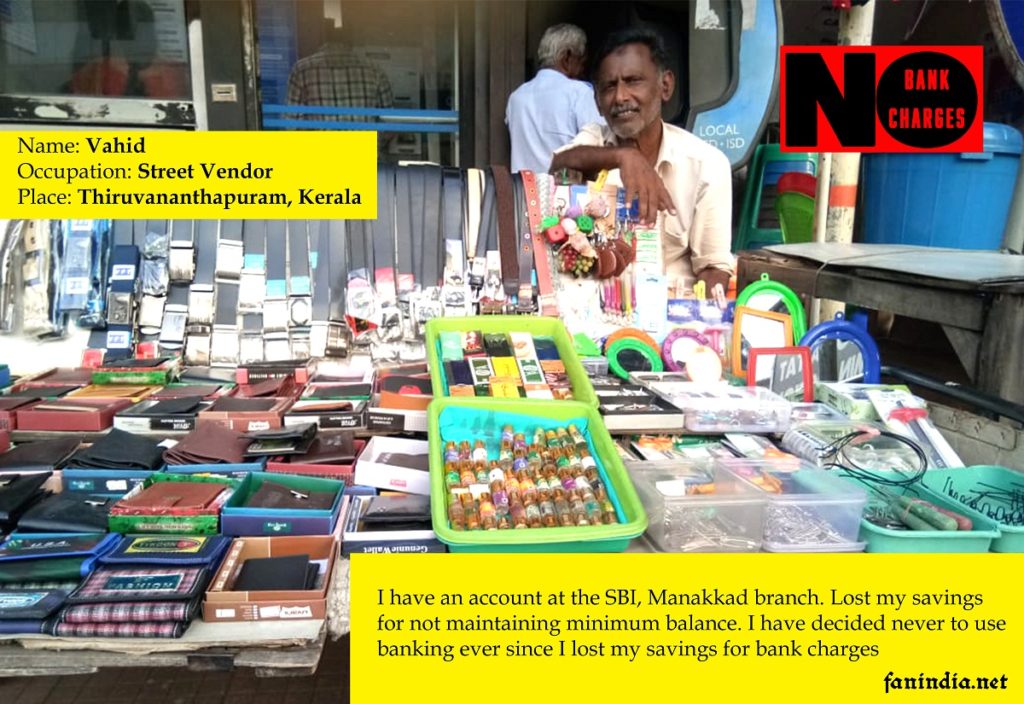 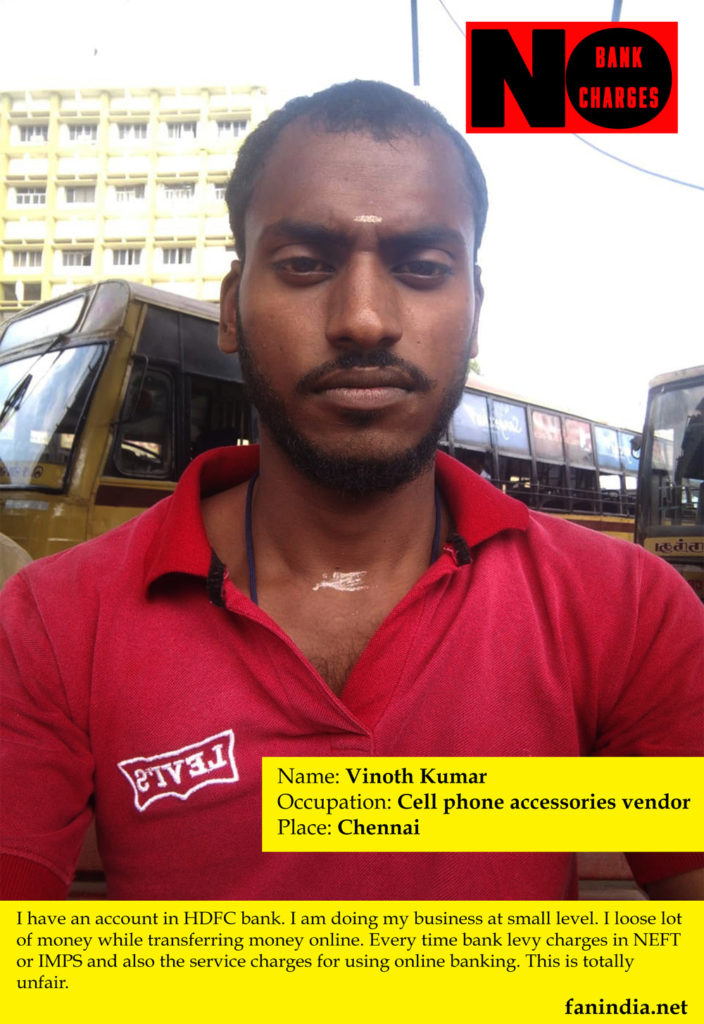 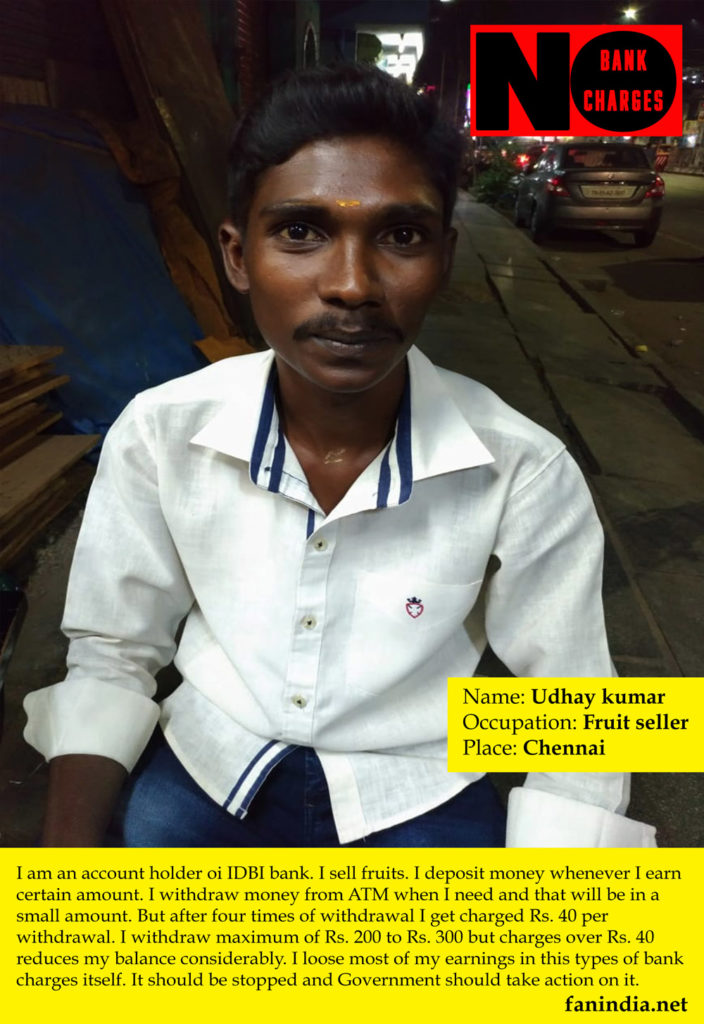 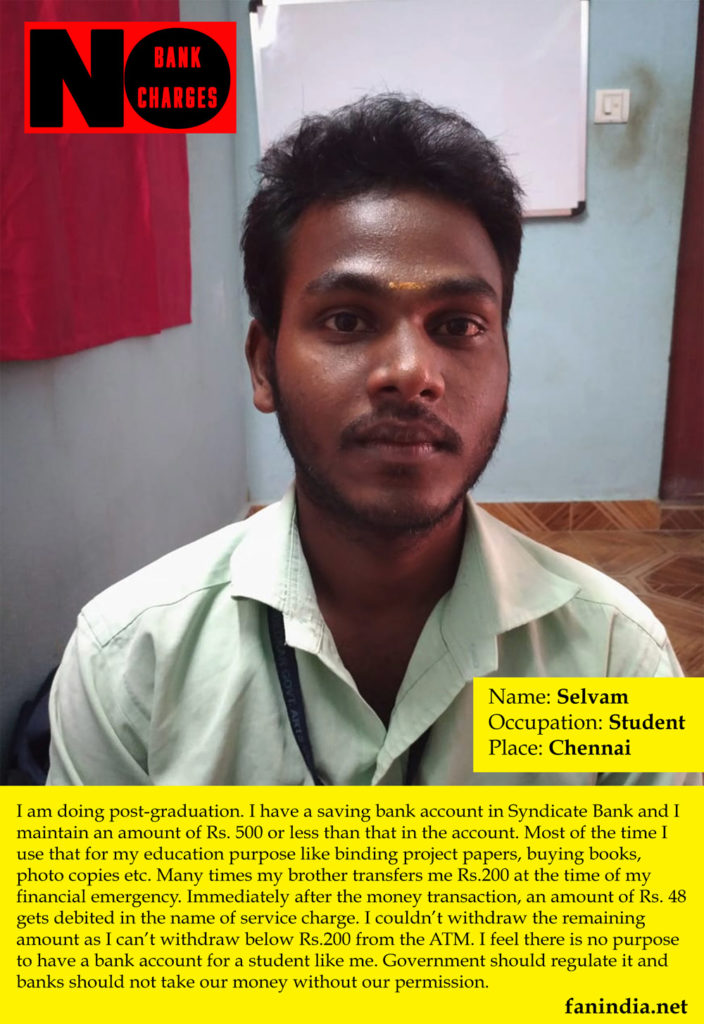 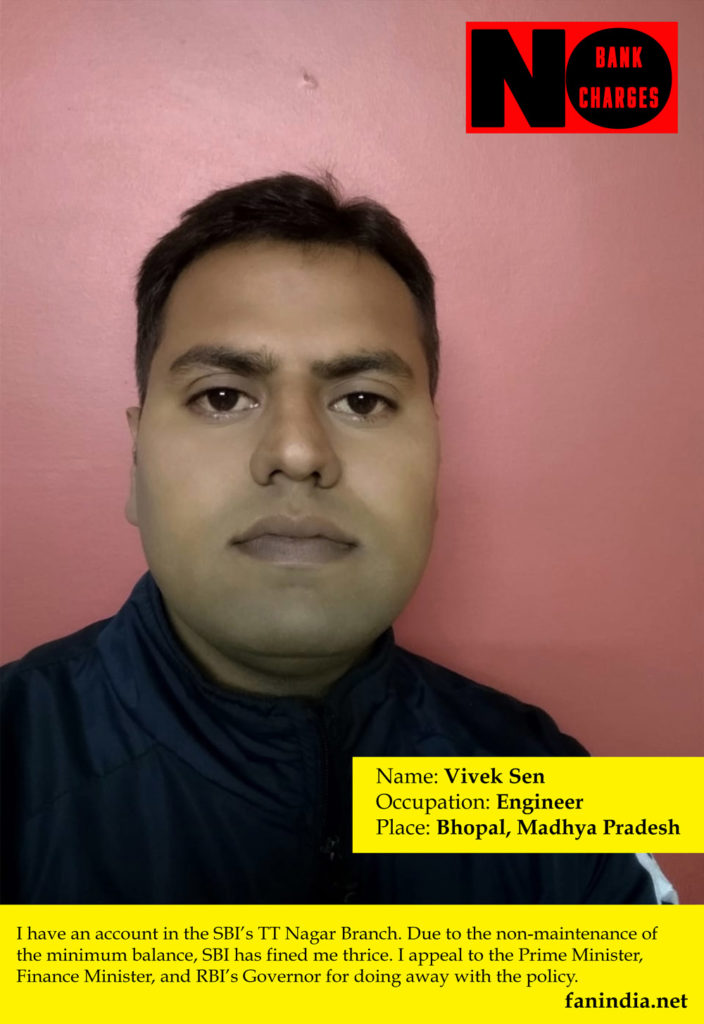 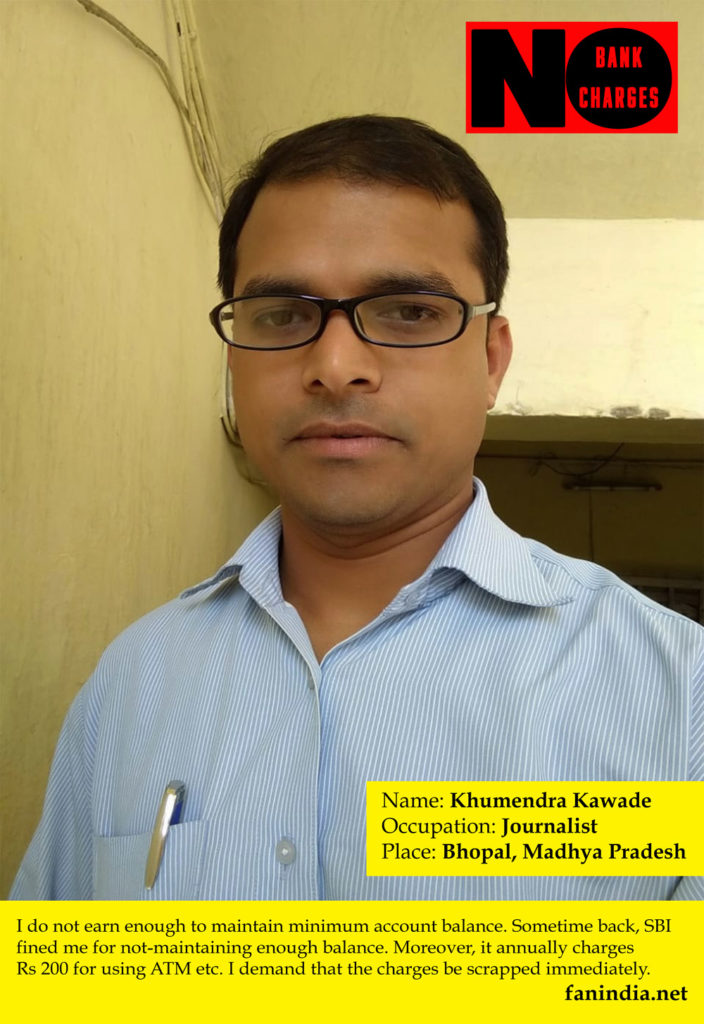 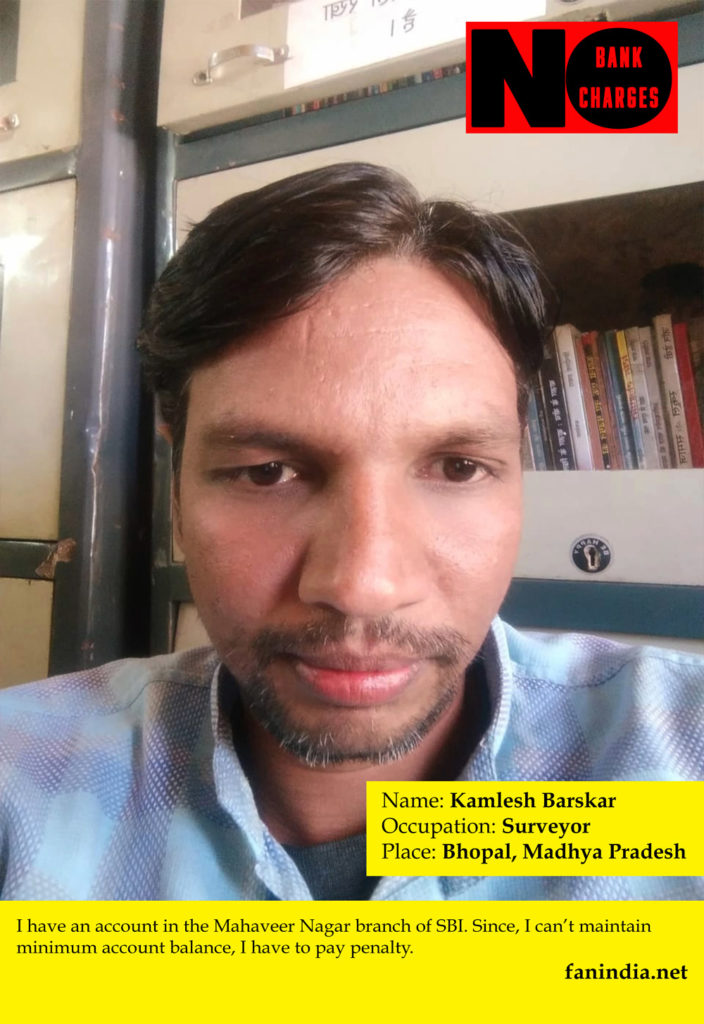 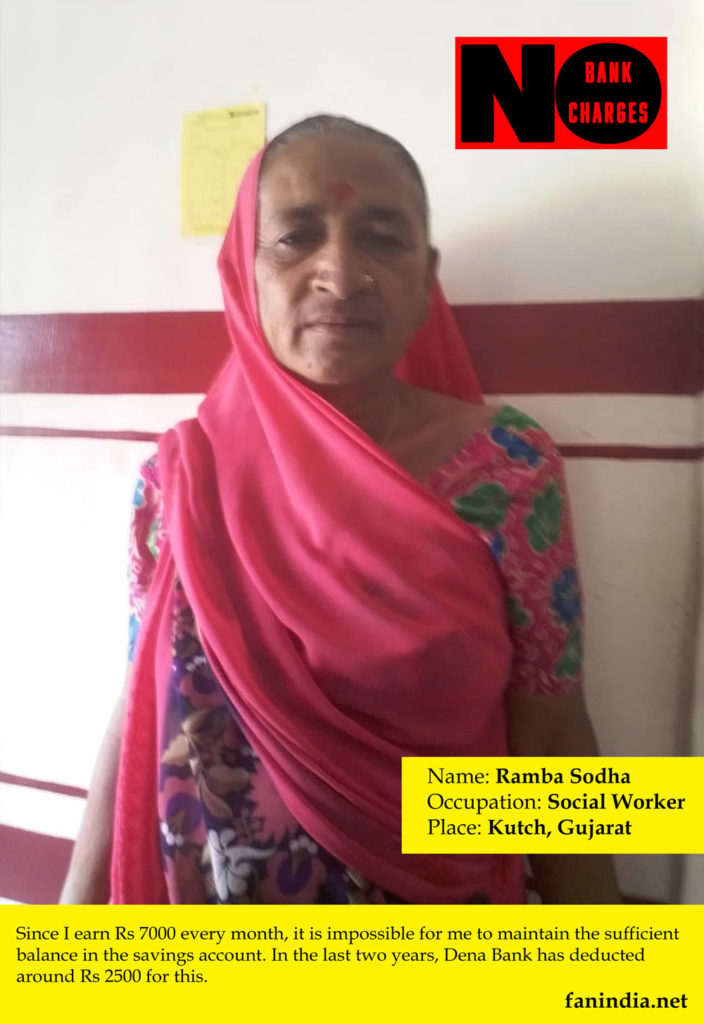 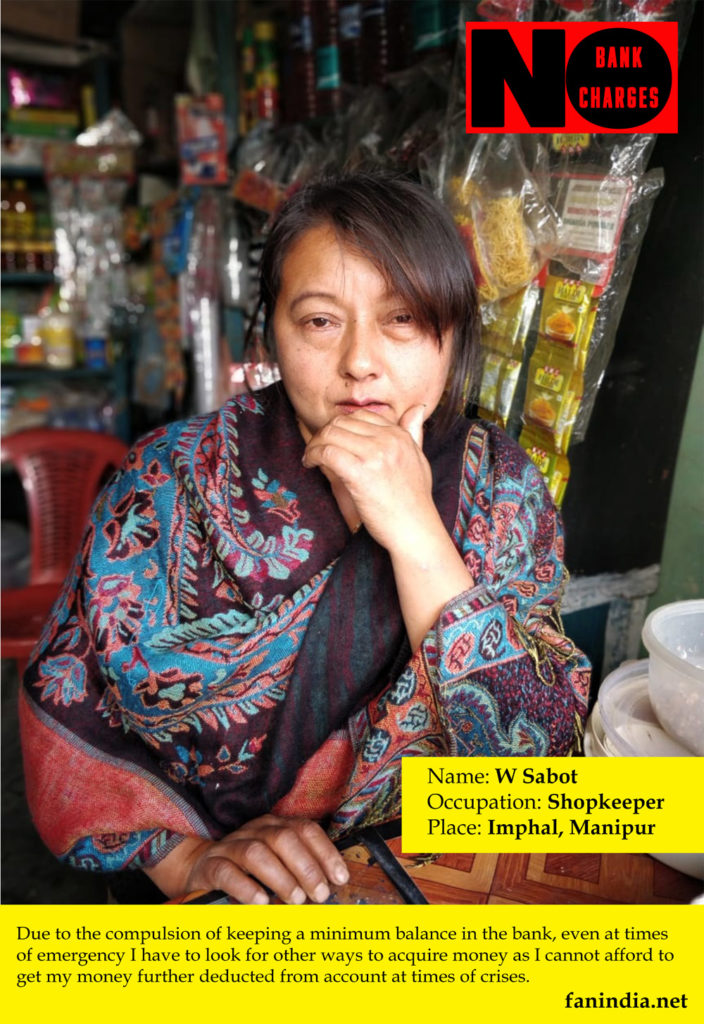 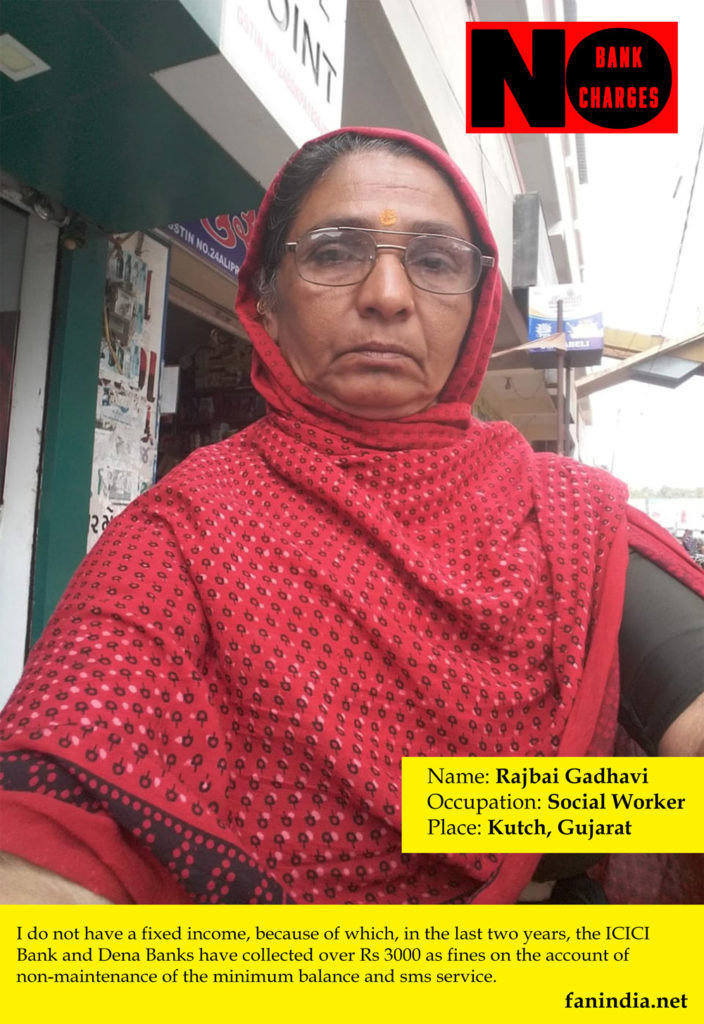 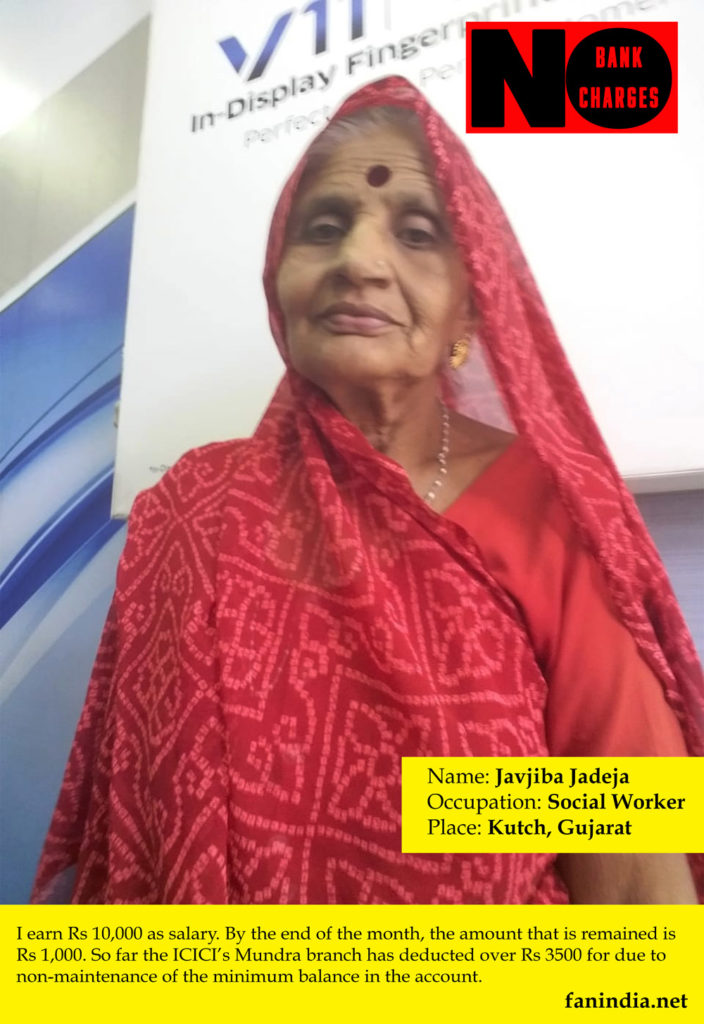 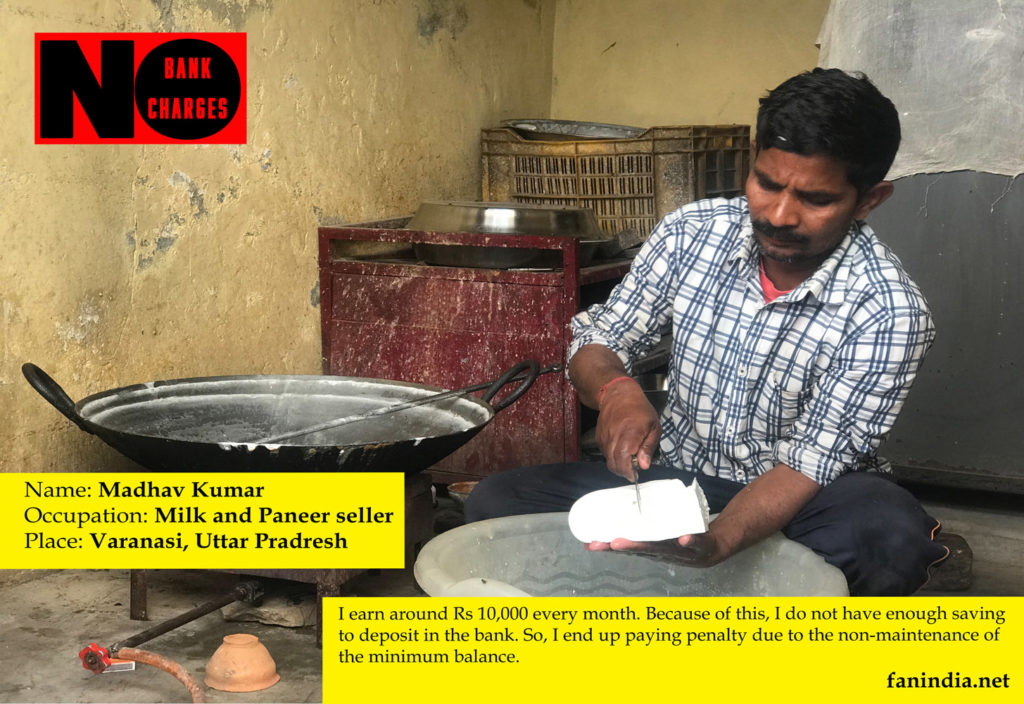 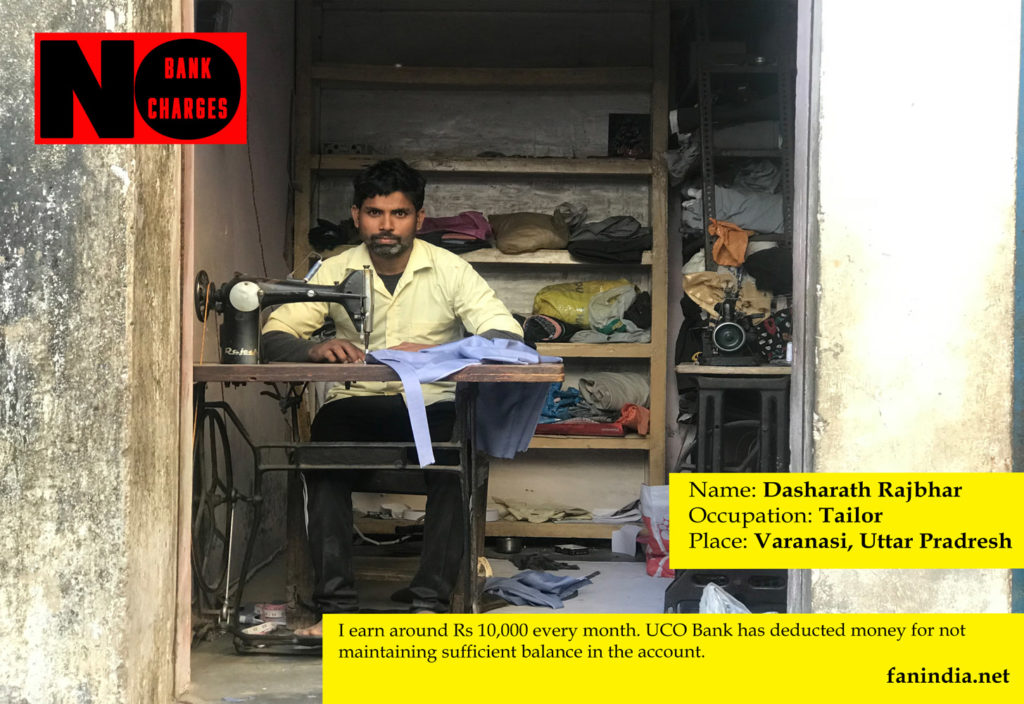 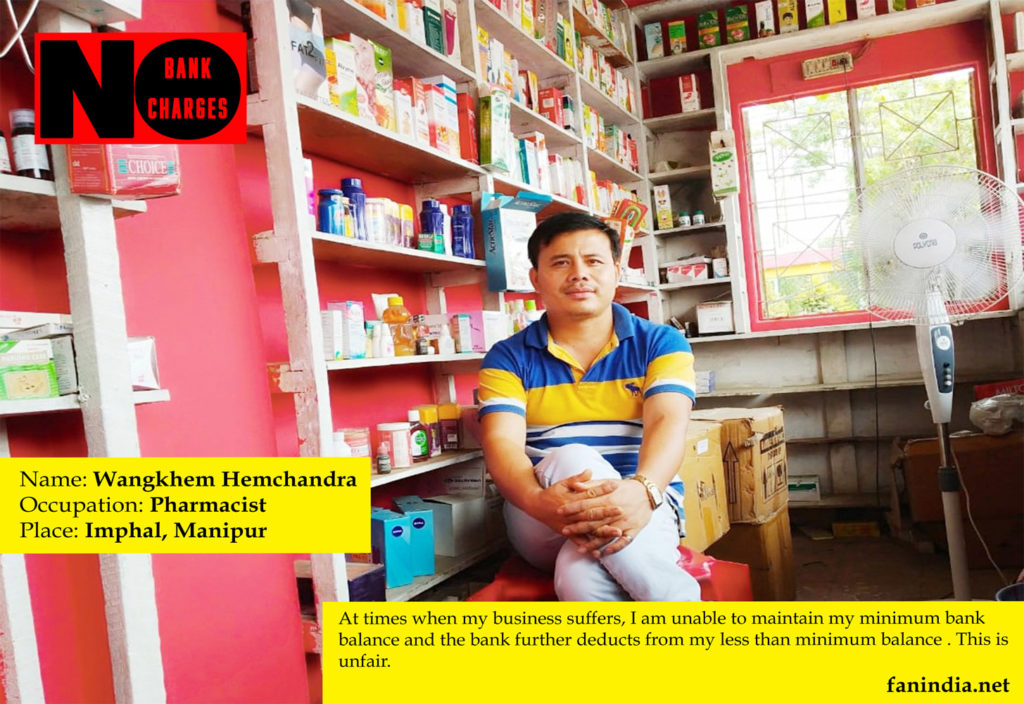 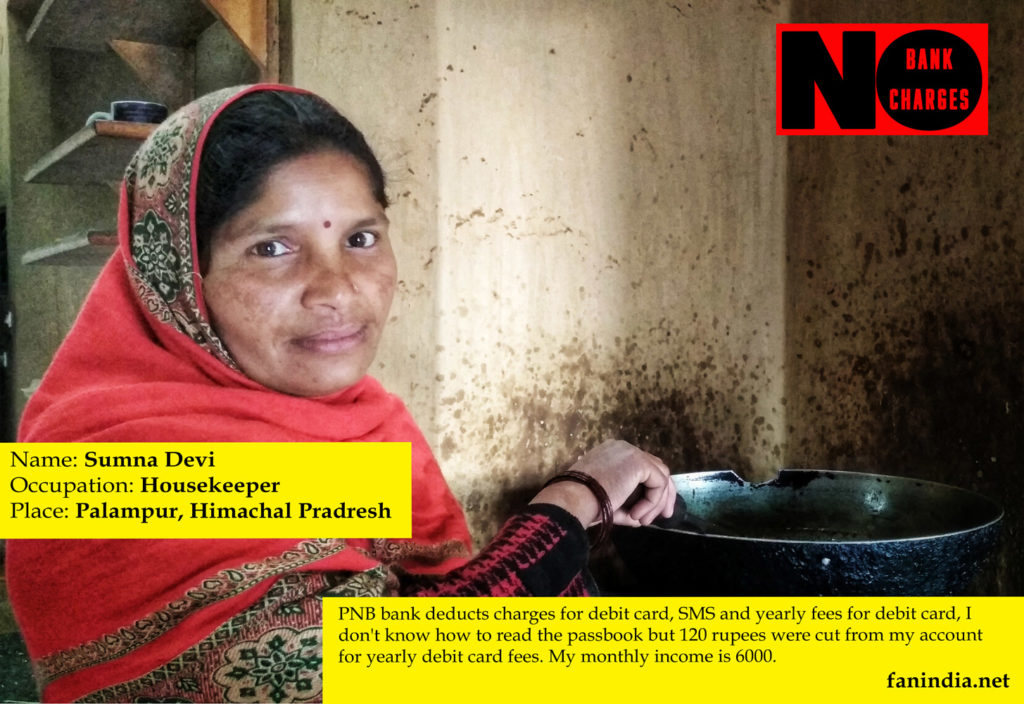